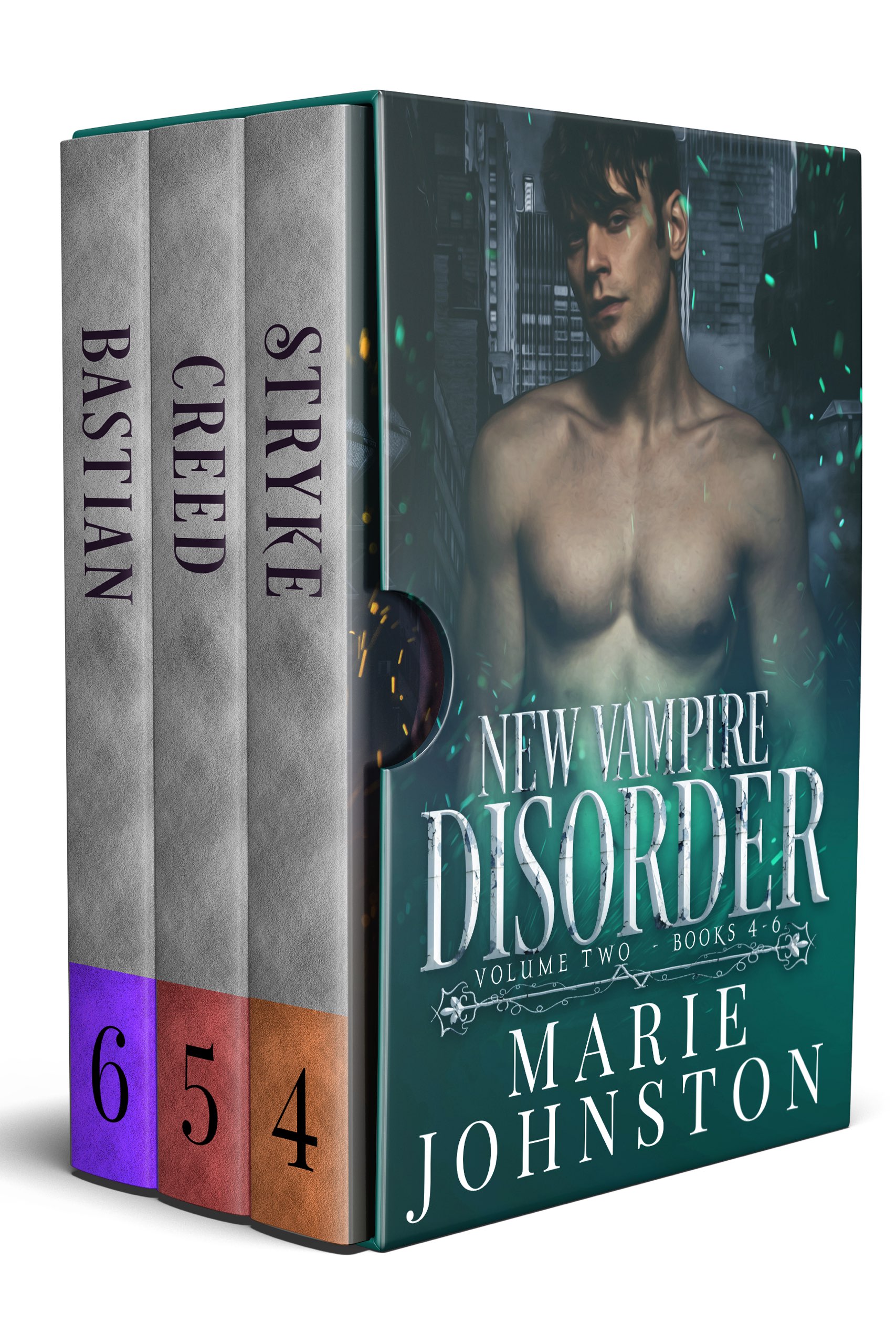 A vampire's job is never done.

Stryke's a demon who's harbored a massive crush on Zoey. Will he get a happily ever after with the vampire?

Melody's an innocent human with a massive crush on Creed. But when she absorbs demon energy, can she gain control of herself and her new power to keep from being enemy number one?

Bastian's a butler who teams up with Ophelia, but are they enough to keep his charge safe?