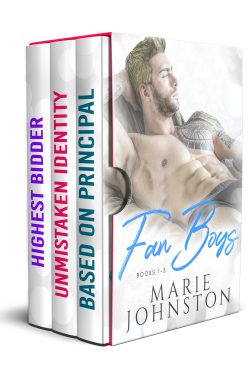 These women won’t tolerate guys who hide their inner fanboy behind their money.

UNMISTAKEN IDENTITY
Wes is a business tycoon with a chip on his shoulder and a grudge against the woman he thinks conned his dear departed dad. Mara is the comic book shop owner fighting to save her store from the spoiled son of her dear departed friend. A chance encounter between them at a local bar ends in a case of unmistaken identity.

HIGHEST BIDDER
Flynn takes a rare break from work to auction himself off, only to be won by the quirky girl who had an embarrassing crush on him in high school. Tilly is the unrepentant zany organizer of the bachelor auction raising money for the charity that helped her so much as a kid. Winning Flynn for a whole week to herself? Perfect. But when their time is over, Flynn can’t get the image of her in a superhero swimsuit out of his mind.

BASED ON PRINCIPAL
City councilman turned comic book shop owner and single dad Chris isn’t just hot for teacher. The alluring assassin he met at the local comic con is his daughter’s principal. Natalia has a strict rule: no dating the parents of her students. But for Chris? She might have to risk detention.

Three repressed millionaires and three stories hot enough to steam the wrinkles out of a superhero’s cape. 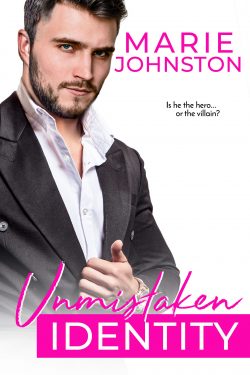 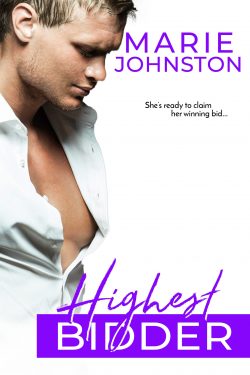 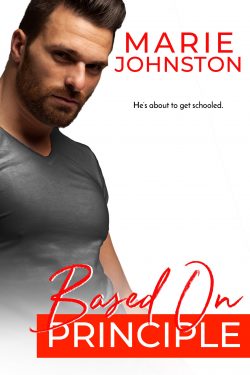 I need a better camera so when I come across breat